Bihar: "I try to bring hope to patients living with kala azar-HIV co-infection"

Interview conducted and written by Kavitha Devadas for MSF

Kala azar is one of the most dangerous neglected tropical diseases in the world. It is spread to humans by bites from infected female sand flies and attacks the immune system. While cases of the disease are declining steadily, kala azar-HIV co-infection is fast becoming a serious threat. After treating over 12,000 kala azar patients in Bihar, northeast India, MSF launched activities to treat people co-infected with kala azar and HIV in 2017. Over 700 people have received treatment since the project opened. Chhavi Kumar, who has been working as a health promoter with MSF since 2009, reflects on the successes and challenges in treating co-infected patients in Bihar.

When I first joined the MSF kala azar project in Hajipur, Bihar, I was part of small team of six health promoters. It was our job to raise awareness about kala azar, its prevention, the symptoms and how to get tested. People who were diagnosed with the disease would get free treatment from MSF.

The communities we visited were located in remote areas without electricity or running water. Poverty touched everything. The terrain was difficult to navigate: MSF cars would drive us as far as they could and then we would walk the last few kilometres. We went door-to-door to visit households and used posters and leaflets to spread information about kala azar and the services MSF was offering. We took boats across rivers to reach islands which did not have any health facilities.

In the last decade, there has been a sea of change: we can now imagine the possibilities of kala azar elimination in India. But as cases of the disease steadily decline, kala azar-HIV co-infection is becoming a serious threat. Investment in the treatment of co-infected patients is neglected and MSF remains the only organisation in India working on kala azar-HIV.

People who are diagnosed with kala azar and HIV tend to be from some of the most oppressed sections of society, where illiteracy and poverty is rife. Poor housing, hunger, and malnutrition force people to move to other states in search of a better life, where they may get exposed to HIV infection. When they return to Bihar, if they live in kala azar endemic parts, they may get co-infected with kala azar.

If the diseases go undiagnosed people start to suffer from recurring fevers, infections and physical weakness until they fall seriously ill. Because of their damaged immune system, they are prone to other infections including tuberculosis and skin diseases. I remember one patient who was co-infected with kala azar-HIV, and also had tuberculosis in his legs, even walking two kilometres to the nearest bus stand was a challenge for him.

It’s a vicious cycle that poor men and women are subject to. They start to lose faith in public or even private health institutions because they spend a lot of money trying to get an accurate diagnosis, and then looking for accessible treatment.

What complicates the issue is that kala azar and HIV are viewed differently. When a person is co-infected with both diseases, they believe their life is going to become too difficult and they lose all hope. To bring a person like that from their community and into our hospital is extremely challenging.

This is where our work begins. The communities we interact with have their own traditions, social customs and language – we have to communicate in their language using these codes. We use various health promotion tools, but our greatest strength is sometimes speaking to people directly and slowly building a sense of trust. Even if our treatment is free, people need to be assured that they will be taken care of and will be able to live life the way they used to. The doctors give medicines and treat our patients, but my work is to make people feel hope and show them that a normal life is possible. 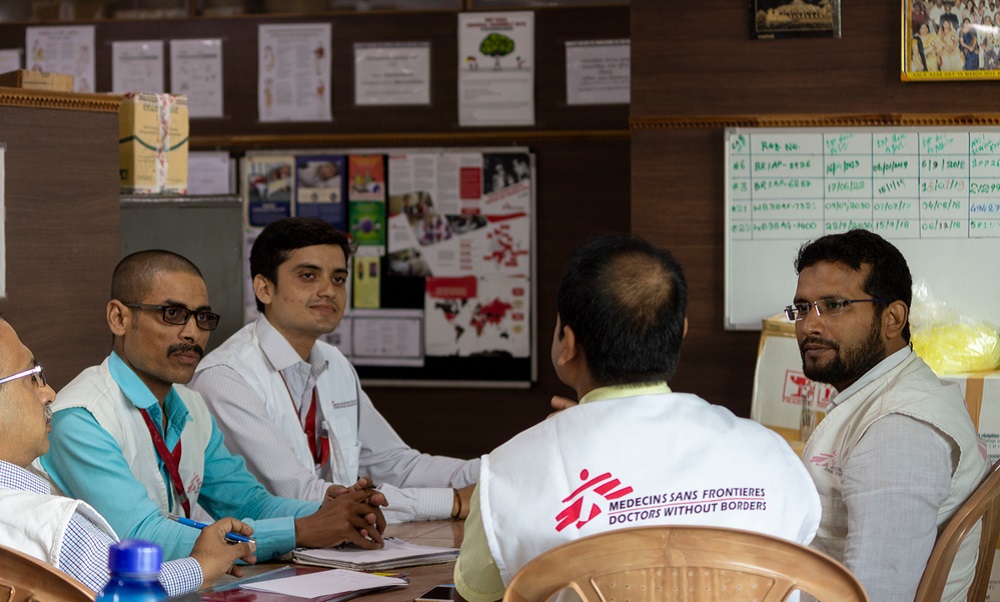 At the same time, I lead a team of kala azar-HIV facilitators who are based in different districts of Bihar. They advocate with Ministry of Health officials for mandatory testing:  kala azar patients should be tested for HIV, and HIV patients for kala azar. Upon a confirmed diagnosis of a co-infection, they are referred to the MSF ward in Rajendra Memorial Research Institute in Patna, Bihar. I have seen more than 700 co-infected patients walk through these corridors.

When the patients arrive in our ward they are sick, have no physical strength and have lost weight. After treatment, they become a different person. They have gained weight, their faces have changed, and the way they walk and talk has changed. We get to witness their recovery, which makes me feel like we are doing something meaningful after all.”

Bihar: "I try to bring hope to patients living with kala azar-HIV...

MSF to governments negotiating at WTO: get it right and adopt the real TRIPS Waiver