MSF: $262 million subsidy should not go to pharma giants Pfizer and GSK for pneumonia vaccine

New Delhi – Ahead of this week’s board meeting of Gavi, the Vaccine Alliance, in New Delhi, India, Doctors without Borders/Médecins Sans Frontières (MSF) called on board members to immediately stop paying out funds from a remaining US$262 million subsidy to the pharmaceutical corporations Pfizer and GlaxoSmithKline (GSK) for the pneumococcal vaccine. MSF called for the remaining funds to instead be used to support the uptake of a more affordable pneumococcal vaccine expected to come to market shortly.

“Pfizer and GSK have reaped more than their fair share of donor money for the pneumococcal vaccine, on top of the combined nearly $50 billion in sales on the vaccine they have made over the last 10 years, so it’s time for Gavi to stop this big pharma payout,” said Kate Elder, Senior Vaccines Policy Advisor, MSF Access Campaign. “Instead of lobbing more money at Pfizer and GSK, Gavi should start supporting countries to prepare for the alternative supplier that promises lower pneumococcal vaccine prices for all countries.” 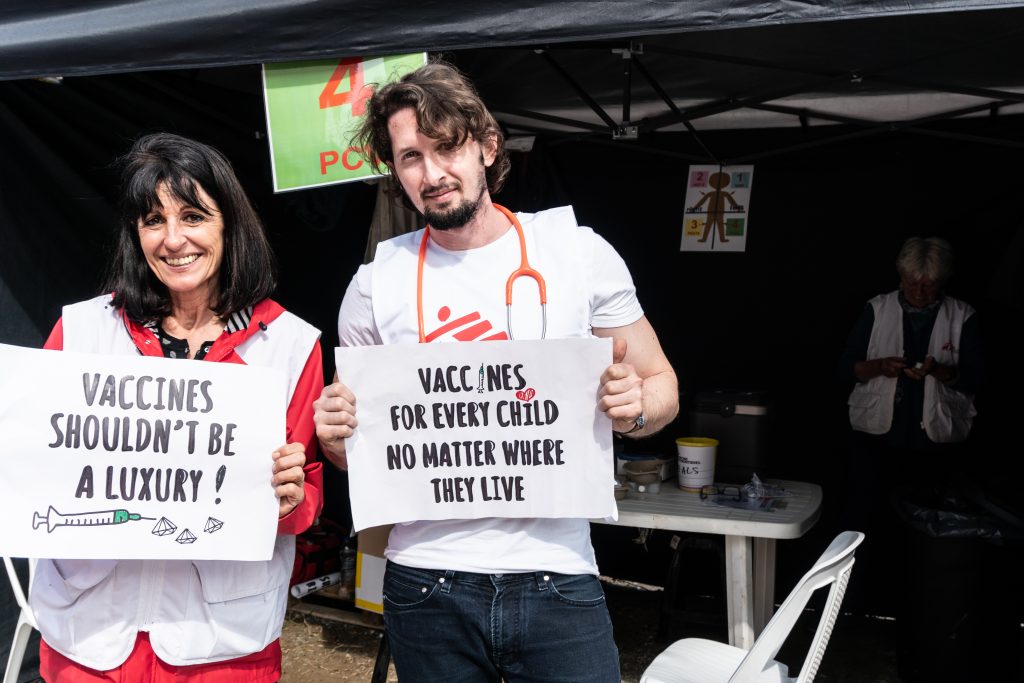 Pfizer and GSK charge Gavi roughly $9 for each child to be vaccinated in the poorest countries, and then receive a top up from the subsidy that amounts to each company being paid $21 per child in total. In middle-income countries that don’t qualify for Gavi support, Pfizer and GSK have charged as much as $80 per child (through UNICEF Supply Division) to be vaccinated, with the result that many of these countries have not started using the vaccine at all.

So far, $1.2 billion has already been earned by Pfizer and GSK through the AMC, with $262 million remaining in the special fund. As the AMC fund was supposed to encourage new producers to enter the market and help bring prices down, MSF is calling on Gavi to reserve its remaining funds under the AMC for a new pneumococcal vaccine manufacturer offering a more affordable version in the near future.

The first alternative pneumococcal vaccine from an Indian manufacturer is expected to be available in the next few months and promises to be significantly less expensive than Pfizer and GSK’s products. The company has stated previously that they plan to sell the vaccine at about $6 per child to Gavi and the poorest countries, and for no more than about $11 in middle-income countries.

Having an affordable version from the new manufacturer will offer a better chance of self-financing the pneumococcal vaccine for countries that have not yet introduced it in their programmes and for those that will lose Gavi support in the future. Switching to a more affordable version could also potentially result in savings of up to $1 billion for Gavi in the coming financial period. 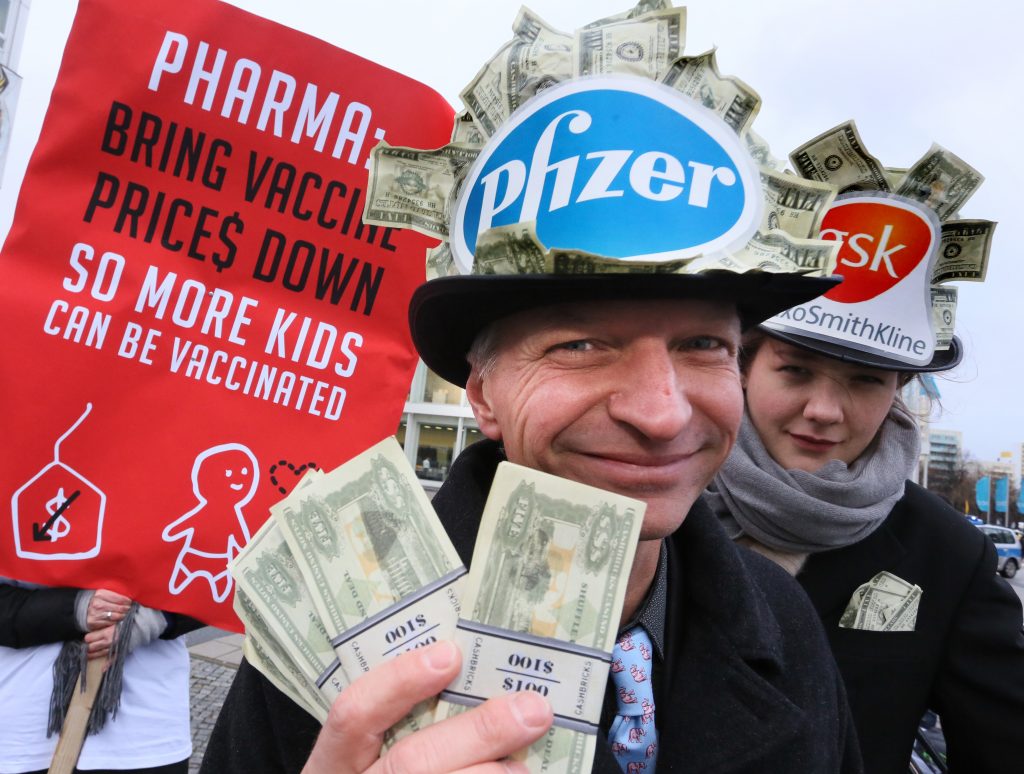 "Donors supporting the AMC fund must take urgent steps to halt further subsidies to Pfizer and GSK for a vaccine that they have already been generously rewarded for."
- KATE ELDER
SENIOR VACCINES POLICY ADVISOR, MSF ACCESS CAMPAIGN

“We hope that with the end of the Pfizer/GSK duopoly fast approaching, many more countries that have not been able to protect their children against pneumonia because of the high-priced vaccine will now be able to do so,” said Miriam Alia, Vaccination & Outbreak Response Referent, MSF. “It’s unconscionable that almost 20 years after the pneumococcal vaccine first became available, over 55 million children in the world still aren’t receiving it.”

About one quarter of the world’s countries have not been able to introduce the vaccine to protect their children against pneumonia largely because of the high price charged by Pfizer and GSK. Pneumonia causes more than a quarter of all deaths in children under the age of five globally – nearly one million young lives lost every year. With the entry of a more affordable product, these countries should be able to start using the vaccine routinely in their vaccination programmes.

“Donors supporting the AMC fund must take urgent steps to halt further subsidies to Pfizer and GSK for a vaccine that they have already been generously rewarded for,” said Elder. “It’s time now to break the existing Pfizer/GSK duopoly and hold any further public money for a truly new and more affordable vaccine.”

MSF is disappointed with the inadequate outcome after nearly two years of...

Breakthrough in treatment of HIV-related cryptococcal meningitis gives Gilead another opportunity to...

Access to Medicines: In landmark move, India and South Africa propose no...

MSF: $262 million subsidy should not go to pharma giants Pfizer and...