The Sea-Watch 4, the search and rescue vessel operated by Sea-Watch and Médecins Sans Frontières (MSF), was detained by Italian authorities in the port of Palermo, Sicily, on 19 September. It is the fifth NGO search and rescue ship to have been detained in five months.

Italian authorities are holding Sea-Watch 4 on 22 apparent ‘irregularities’, including ‘systematically’ saving people and having too many life jackets on board – 17 of these have now been resolved. However, rescue ships are routinely held hostage by unrealistic standards; it seems these inspections have only one goal: to discriminatorily block NGOs from rescuing people at sea.

Some of the technical deficiencies noted on Sea-Watch 4 were so minor they would not ordinarily lead to a ship being detained. Other detained ships are experiencing the same issues. While we recognise that state port controls are necessary for ensuring safety at sea, what we’re actually seeing is that inspections of rescue vessels are being routinely misused by European and Italian authorities, in a sustained campaign to criminalise saving lives.

2. No search and rescue means lives are being lost in the Mediterranean

Since Sea-Watch 4 was detained on 19 September, at least 69 people have died off the coast of Libya in two confirmed shipwrecks. A third disaster, in which 110 people died or went missing, was reported by Alarm Phone, but remains to be confirmed by the IOM or UNHCR. The bodies of those recently drowned are currently alleged to be washing up along the shores of North Africa.

With or without rescue boats in the Central Mediterranean Sea, people will, and are still trying to, escape Libya in unseaworthy rubber and wooden boats. In view of the complete absence of search and rescue capacity, the continuing loss of life is tragically inevitable.

The new EU Pact for migration is less “human and humane” than more of the same – consolidating a system that both denies responsibility for those in distress at sea and penalises those seeking to save lives.

Despite a recent statement by Ursula von der Leyen, President of the European Commission, that “saving lives at sea is not optional” in its new pact on migration, the EU has once again failed to take the opportunity to set out concrete, immediate measures to coordinate and conduct rescue operations and save people from drowning at Europe’s most deadly border.

Yet again, the “coordinated EU approach to search and rescue” as outlined in the pact, completely dismisses the responsibility of member states when it comes to sea rescue, while hiding behind bureaucratic requirements supposedly applicable to search and rescue operations carried out by “private vessels.” 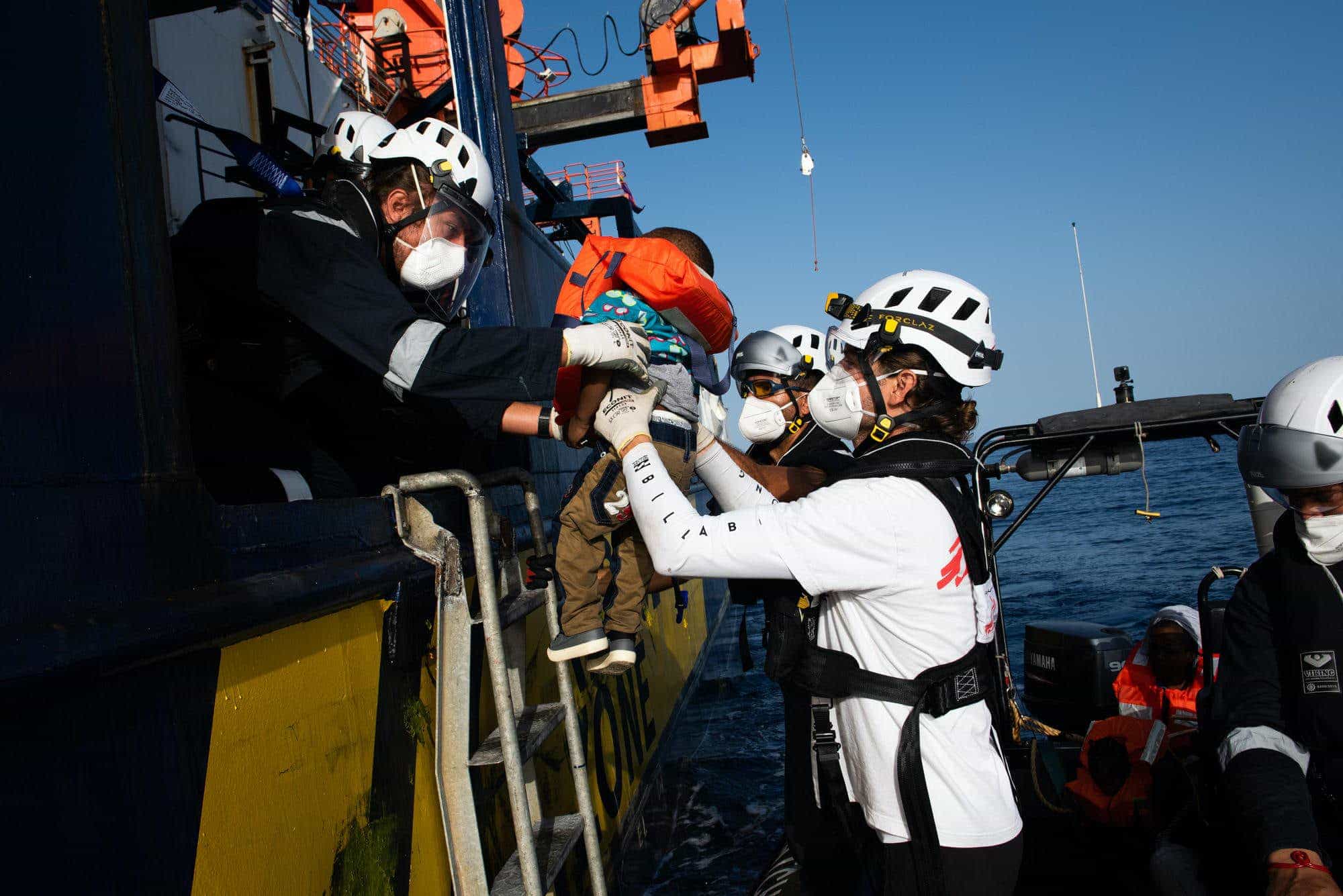 “While we recognise that state port controls are necessary… what we’re actually seeing is that inspections of rescue vessels are being routinely misused by European and Italian authorities, in a sustained campaign to criminalise saving lives.”

4. People are still being returned to Libya by the EU-financed Libyan Coast Guard

Libya is not a safe place. International and European bodies, including the UN and EU Commission, have repeatedly confirmed this. Yet more than 9,000 people have been intercepted and forcibly returned by the Libyan Coast Guard to Libya since the beginning of the year, as part of a deal financed and facilitated by the EU.

On 8 October, two ships belonging to the Libyan coast guard were returned to Libya after undergoing substantial repairs paid for by Italy and European taxpayers. These vessels will be used to capture people at sea and return them to the same dangerous and inhumane conditions in Libya they are trying to flee.

At the same time, the number of people held in official detention centres in the country has continued to grow in recent months. According to UNHCR, the UN refugee agency, there were 2,400 people held in official centres as of 18 September 2020. It is likely that even more people are held in other clandestine places of captivity where the UN and other humanitarian agencies – including MSF – have no access.

5. People in Libya continue to be subjected to extortion, torture and abuse

MSF staff continue to listen to the harrowing stories of those who have been fortunate enough to escape Libya. From those stories, it’s clear that people are abused, tortured, extorted or even killed.

Ilina Angelova, the humanitarian affairs officer onboard Sea-Watch 4 before it was detained, reveals just some of the tragic stories of those who were rescued:

“I met a young man with shrapnel still left in his body, the result of an explosion in Tripoli that killed his father and younger sister. I spoke to a teenager whose foot was marked with a bullet wound; he was shot by a sniper and then refused treatment at hospital because he was a Black African. I sat with a mother too afraid to let her toddler stray more than a few metres away after witnessing armed men burying other women’s babies alive in the sand.

“John told me that he was doing construction work at a house one day when he accidentally broke a window… he was imprisoned for three months, and was beaten, tortured and electrocuted every day. The list goes on. And on. Except it is less a list than a macabre catalogue of shameful, inexcusable acts of brutality and discrimination.”

MSF requests the revocation of the Geo Barents’ detention

Mediterranean migration: MSF and Sea-Watch announce collaboration to save lives at sea

Mediterranean migration: Survivors disembark in Italy amidst deadly week in the Mediterranean

On board the Ocean Viking: “We feel humbled by their courage”