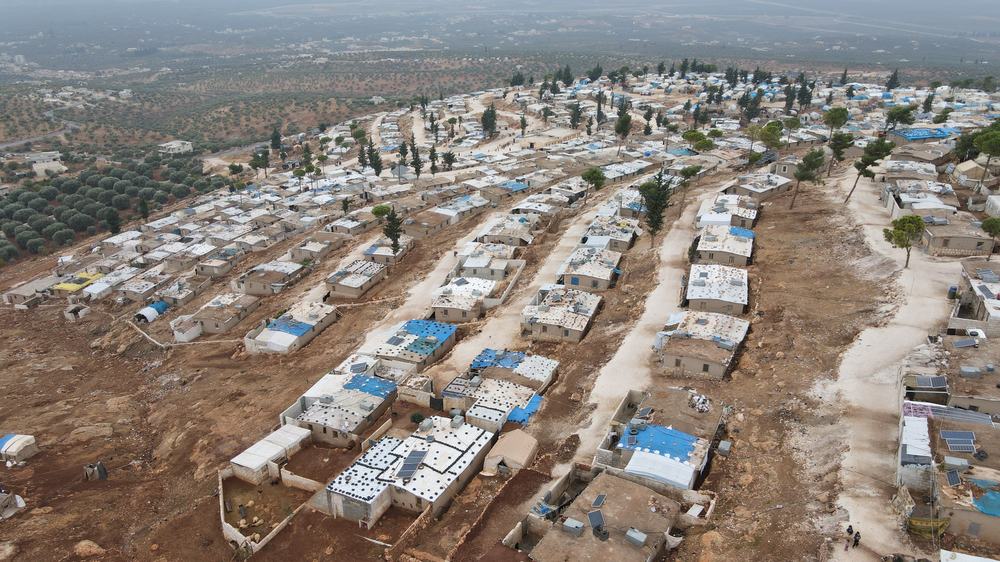 The decision of the United Nations Security Council to renew the cross-border aid mechanism from Turkey to Syria is absolutely vital and essential for people in northwest Syria. However, doing so for six months only is insufficient and concerning. A...

NORTHWEST SYRIA - On Saturday, 11 December, 15 casualties were rushed to a hospital co-managed by Doctors Without Borders/Médecins Sans Frontières (MSF) following an airstrike in Idlib governorate, northwest Syria. Eleven children under 14 years of age and two women...

Muhammad Hassan and his family were displaced to a camp in northwest Syria when their house was destroyed by intense bombing in 2019. Muhammad was severely injured in the leg, forcing him to undergo a difficult surgery requiring the insertion...

Médecins Sans Frontières (MSF) calls on the United Nations Security Council (UNSC) to renew the cross-border resolution (UNSCR 2533), expiring on 10 July, for the provision of humanitarian aid into northwest Syria. More than 4 million people residing in this area,...

AMSTERDAM – In the wake of the killing of one of its staff members and the injury of three others in Al-Hol camp for displaced people in northeast Syria, Doctors Without Borders/Médecins Sans Frontières (MSF) expresses our shock and sadness at the...

Syria: Dozens of people treated following an airstrike in Idlib

On the morning of Monday 26 October, an airstrike hit an area in the north of Idlib governorate, northwest Syria. Local media outlets have reported more than 75 deaths and another 135 injured so far. The vast majority of the...

Northwest Syria is currently witnessing a sharp increase in the number of patients with COVID-19, which is now ten times higher than what it was just a month ago. As of 22 September, 640 people had tested positive for the new coronavirus in the region,...

Syria: “In Al-Hol camp, almost no healthcare is available and the consequences are devastating”

As numbers of patients with COVID-19 grow in northeast Syria, the pandemic is having a knock-on impact on other health services in a region where some 700,000 people are displaced from their homes. MSF emergency manager for Syria Will Turner describes the situation...

Four months after COVID-19 was officially declared an international pandemic, the disease has made its way into northwest Syria, with a first case confirmed on 9 July. Since then, 18 more people have tested positive for COVID-19 in the area. More than half of...

Syria: Life in an open-air prison: living under the bombs in Idlib

Abu Fadel, Hassan and Iman… all three are living in Idlib governorate in northwest Syria. Like 2.7 million other Syrians, they’ve been displaced within the country several times, and some of them ended up in Idlib. The last rebel stronghold, bombed in massive...

AMSTERDAM/NORTHEAST SYRIA — As the first reported death from COVID-19 is confirmed in northeast Syria, Doctors Without Borders/Médecins Sans Frontières (MSF) is concerned about the region’s preparedness and capacity to respond to an outbreak. A weakened health system, delays in testing and border closures...

Northwest Syria: “COVID-19 adds another layer of complexity to an already catastrophic situation”

Cristian Reynders, field coordinator for MSF operations in northwest Syria, explains what the potential spread of COVID-19 would mean in Idlib and how MSF is preparing for it. Not so long ago, COVID-19 was not yet making headlines worldwide. On...