On 3 October 2015, MSF’s trauma centre in Kunduz, Afghanistan, was destroyed in airstrikes. 14 of our colleagues, 24 of our patients and 4 of their caretakers were killed in the attack. Since this bombing, at least 75 other attacks have occurred on MSF and MSF-supported medical facilities.

On the first anniversary of the Kunduz tragedy, join MSF India in commemorating the lives lost and discussing the consequences of such attacks on healthcare and humanitarian action. Stand with us in telling the world that hospitals, healthcare workers and patients are #NotATarget.

Watch this video to know more: 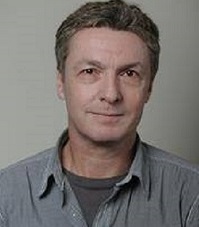 Peter Paul de Groote has been with Doctors Without Borders/Medecins Sans Frontieres (MSF) since 1993 and is currently the General Director of MSF India. He has an extensive background in operational management of emergencies, general and resource management. Prior to his current role, Peter Paul worked with MSF in different capacities in Holland, Myanmar, Nepal, Syria, South Sudan, Ethiopia, Democratic Republic of Congo, United Kingdom and erstwhile Yugoslavia. 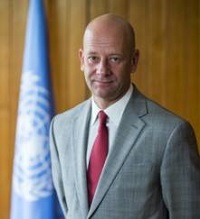 Mr. Yuri Afanasiev is the UN Resident Coordinator and UNDP Resident Representative in India. He assumed his duties in July 2015.

Prior to his current position Mr. Afanasiev served for 10 years as the UN Resident Coordinator and UNDP Resident Representative in Bosnia and Herzegovina and in Croatia.

Before that, he served in Headquarters in New York as Senior Advisor at the Regional Bureau for Europe and the CIS covering 24 countries in the region including Central Asia.

As a standing member of the crisis response team, Mr. Afanasiev was fielded as UNDP Coordinator for the Response to the Asian Tsunami in 2004-5, Somalia in 2012 and as the Typhoon Yolanda Response Coordinator in the Philippines in 2013. In 2014 he coordinated the UN response to the Balkan floods. He has spent over 14 years in various disaster and conflict duty stations.

Mr. Afanasiev holds an MA in International Economics and Finance from the Moscow State Institute of International Relations (MGIMO). 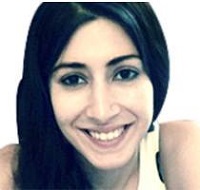 Urvashi is a fellow at ORF, working on ORF’s Global Governance and Climate & Development Initiatives. Her research focuses on southern partnerships for humanitarian and development assistance, India’s role in global development processes, the politics of refugees and forced migration, and normative contestation in global governance institutions. Urvashi regularly consults for the United Nations and other international organisations and was a member of the World Humanitarian Summit thematic and regional working groups. She is also Associate Professor in International Relations at the Jindal School of International Affairs, where she heads the Center for Global Governance and Policy. Urvashi has a PhD and MPhil from the University of Oxford, UK. 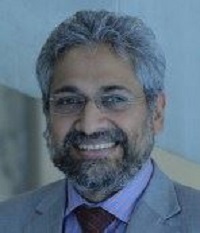 Siddharth Varadarajan is a Founding Editor of The Wire. He was earlier the Editor of The Hindu and is a recipient of the Ramnath Goenka Award for Journalist of the Year. He has taught Economics at New York University and Journalism at the University of California, Berkeley, besides working at the Times of India and the Centre for Public Affairs and Critical Theory, Shiv Nadar University.