Medicines Shouldn’t Be a Luxury

What if life-saving medicines were too expensive and you went without? Put people before patents and profits.

India is the “pharmacy of the developing world”a and is a critical producer of generic medicines. Generic competition from India has brought down prices of first line HIV drugs from over $10,000 to $130 per person per year. As a result, nearly ten million people living with HIV in developing countries from South Africa to India are able to access treatment from their governments.

While large-scale treatment of HIV with antiretroviral (ARVs) drugs has become a reality, patents continue to obstruct access to treatment in MSF’s medical projects and our work to find ways of overcoming patent barriers to ensure that medicines could be made available for all our patients and others in developing countries is as relevant as it was a decade ago.

Today, new medicines for HIV, Hepatitis C and cancer are patented in India. Patents on these drugs will block the future production of more aordable generic versions unless drastic measures are undertaken to overcome patent barriers. 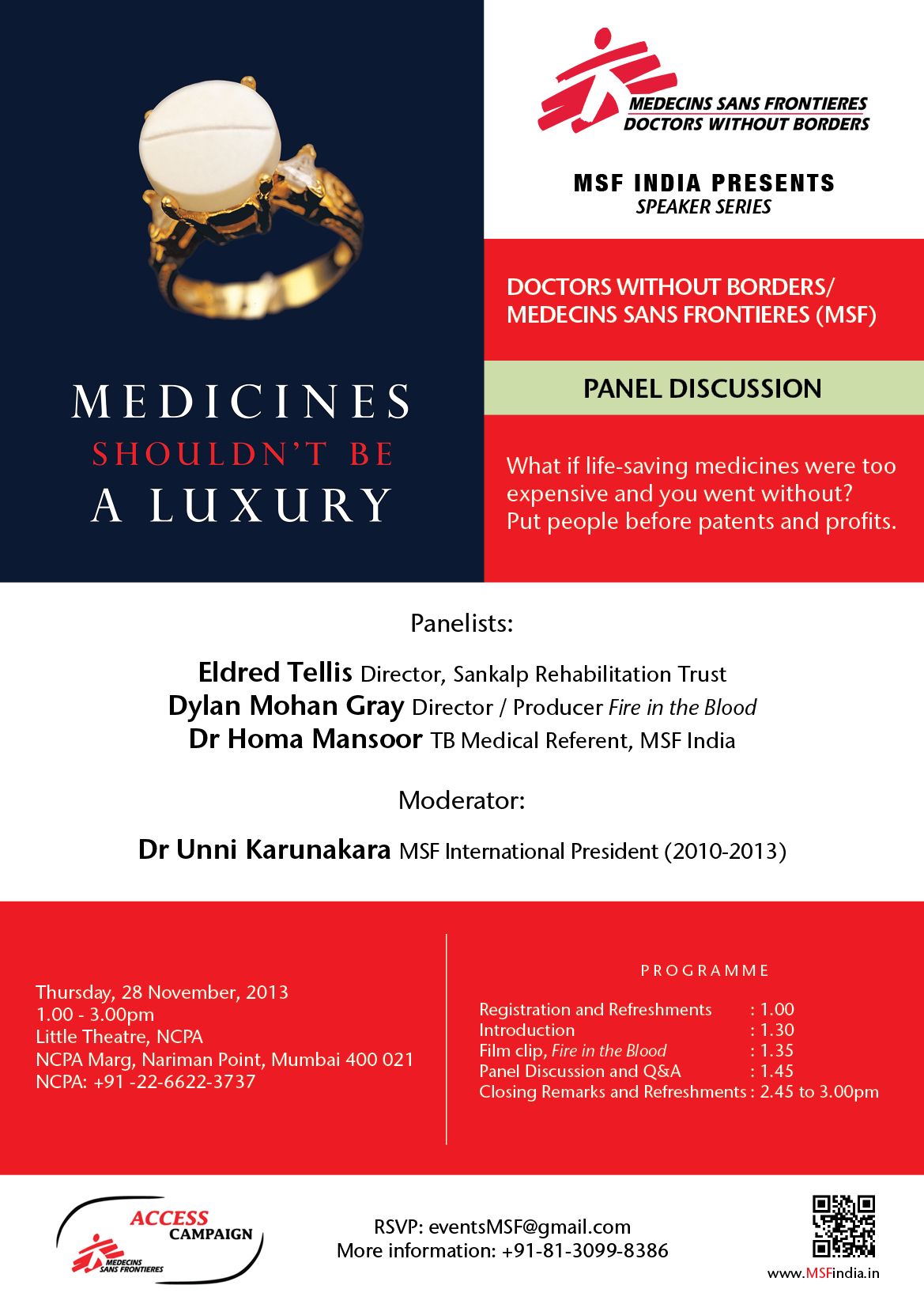