Fire in the Blood  is a gripping documentary on the AIDS epidemic in Africa. It is an uncompromising account of Western pharmaceutical corporations’ continuing attempts to increase profits at the cost of millions of lives. Fire in the Blood also chronicles the struggle of South African activist Zackie Achmat and Ugandan doctor Peter Mugyenyi, for access to cheaper, generic drugs.

The film will be followed by a Q&A session with the film’s director Dylan Mohan Gray, the Delhi Network of Positive People (DNP+) and Leena Menghaney (Campaign Coordinator, Access Campaign). 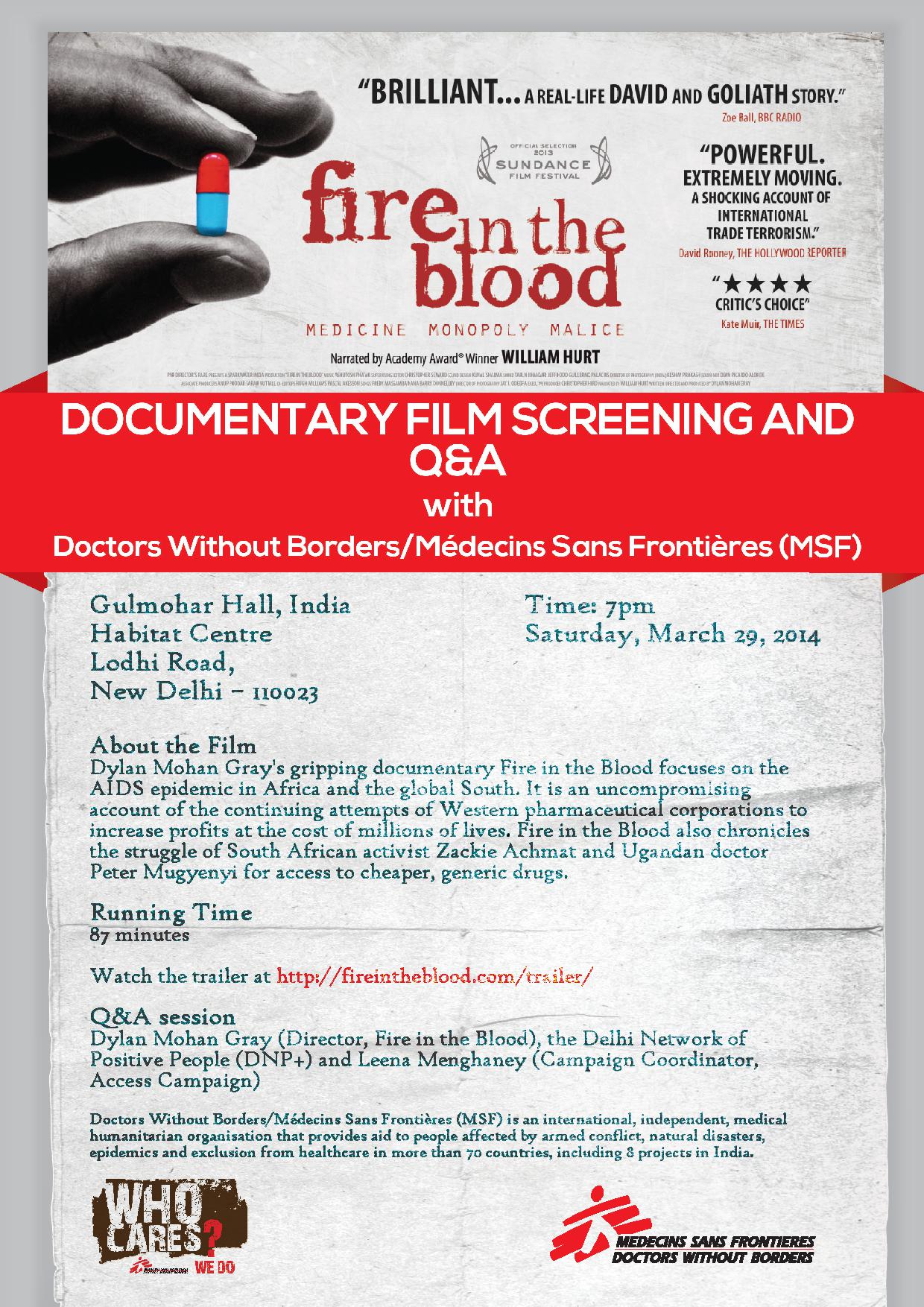